Conceptually Speaking Designs was founded in the year 2000 by Tony Pappa. Under his creative direction, it has basically become a TV ad agency for a very niche clientele – international schools. Tony has a BA in TV/Radio and an MA in Film Studies. He is an avid traveler with a passion for his work at Conceptually Speaking where he plays many roles. He is a storyteller. The cameraman. A salesman. The interviewer.  An editor. Graphic designer. A copy and script writer…  and the list goes on.
Basically there is no “we” in Conceptually Speaking. Tony is single point of contact which leads to clearer communication, guaranteed accountability and faster results.

What’s in a name?

The name Conceptually Speaking Designs was Tony’s brainchild, conceived back in 1999 while he was working at a now defunct dot-com in the San Francisco Bay area, Utility.com. A short adventure into brand consultation, marketing and design was put on hold when he left his job at  “futility.com” (as he later coined it) to work as a travel writer and editor in Europe.

Every really new idea looks crazy at first.
In 2002, after completing a short promotional film for the American International School of Vilnius, the late William D. Rose met with Tony and said “You’ve got to make more of these. Schools everywhere are going to want a film like this. You can feel the warmth.”

We thought it a crazy idea at first, but Bill persisted. Then we thought, we just might be crazy enough to give it a shot. So in 2002, along with former partner Matt Kovalick, Tony dusted off the Conceptually Speaking Designs name and started to approach other international schools with our new product. Turns out with Bill’s encouragement and the strength of the offering, we quickly booked a second project at the American International School of Vienna. Then a third at the International School of Tallinn.  Before too long we had a contract to make films for all of the schools in the CEESA (Central & Eastern European) region when they received a grant from the Office of Overseas Schools to commission our work.

InternationalSchoolFilms.com
Ten years down the road, Conceptually Speaking Designs still has not made films for every school out there. But we are trying to live up to Bill’s ambitious objective. We have become the world’s leading producer of international school videos, having produced over 100 recruitment and promotional films for schools around the globe. Moreover, we really are the only film company out there that specifically targets this niche audience and, as such, we have become true content experts and understand the needs of our clients.

So in 2012, on the tenth anniversary of our foray into film making for international schools, Conceptually Speaking Designs (cspeaking.com) also became known as InternationalSchoolFilms.com. The goal of this modest name change was to be more immediately recognizable to our core clientele.

So why not just change the name?
That’s simple. Aside from the fact that we have a particular fondness for the name and our original scarecrow metaphor, Conceptually Speaking continues to be more than just a company focused on schools. Over the years we have worked with numerous clients to create branding solutions, written content, film projects, documentary news reportage and all manner of creative collateral. We plan to continue to on this path, seeking ambitious projects and creative outlets in the spheres of film, television and advertising. 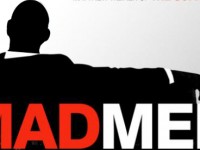 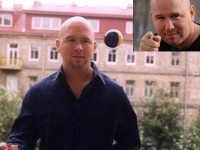 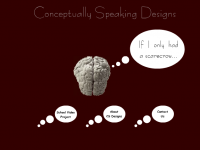 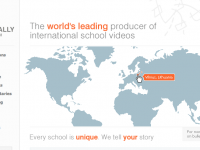