“When you don’t really know where you’re going to, it makes no difference which road you take.”

Tom Petty said that in the 1987 movie Made in Heaven, and though it’s never been a company motto or personal mantra, it is always in the back of our minds here at Conceptually Speaking… along with Robert Frost’s choice of the road less travelled.

In each of our educational films, there is an aspect of travel documentary where we take a look at daily life in the city and country where we are filming. And then sometimes we go a bit farther to put together something more comprehensive and topical, take for example this piece about carpet making making in Turkmenistan, or this light-hearted look at politics from the Be2gether music festival.

Travel and filming have always been the passions of our pursuit. Our extensive travels and media experience have inspired a number of travel-oriented programs and documentary ideas. Some have been implemented, others are still on the drawing board waiting for the right time and place.

For several years Conceptually Speaking was a recurring contributor to the PBS program Foreign Exchange with Fareed Zakaria, submitting short form documentary pieces focused on technology, culture, politics, ethnic identity and more from Bosnia, Estonia and Venezuela. The show ended its run in 2008. 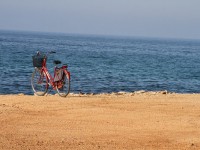 Until the road ends 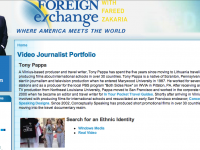 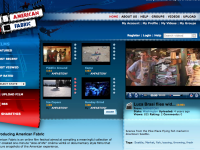